Almost every important movement in sports happens via the gluteal muscles. These three large muscles help stabilize the lower back and pelvic region.

When the glutes muscles are weak, you will incur other problems and injuries in the lower back, hips, and even the knees. The strong glutes help improve your muscle balance and reduce injury risk.

Hip thrusts are a perfect addition to any leg routine and should be part of your warm-up to improve the glutes. They act as a glute bridge with weights, so you also raise your shoulders.

If you’re interested in knowing about hip thrusts, this article looks at what they do and how to perform them correctly.

What is Hip Thrust?

The hip thrust is a large compound exercise that focuses on the gluteal muscles and hamstrings. It has gained widespread popularity over the past few years, helping build glutes size and strength while improving your lower back, hip and pelvic stability.

This exercise effectively improves hip extension by engaging the hamstrings and the gluteal muscles.

There are many benefits of forming hip thrust exercises. For example, they help increase lower body strength and lower body power.

The exercise builds strength and size in your glutes better than any other exercise and improves your explosiveness.

From an athletic standpoint, you can benefit from the hip thrusts potency to strengthen and grow the glutes as they create balanced physic. Training the gluteus maximus helps transform any leg day.

Hip thrust exercises are effective when you perform with other similar workouts such as squats and deadlifts as they improve your performance in those moves.

The glutes are key players in powering the lower portion of the squat and locking out on the deadlift. You can use them as a valuable aid to increase strength in both powerlifting moves.

What Muscles Does it Work?

For example, the squat and lunge pattern exercises target the lower muscles by stretching them.

Performing hip thrusts allows you to work the glutes in a shortened range of motion through the full hip extension. This is not possible with other exercises such as squats, lunges, deadlifts, or abduction work.

It makes hip thrusts better than other exercises in building superior glute muscles.

It’s not just the gluteal muscles that benefit from the trust because the exercise recruits your hamstrings and quad muscles. The exercise targets the hamstring or the posterior thigh muscles.

This is because the hamstrings contribute to hip extension by supporting muscles in the movement.

After a few weeks of adding hip thrusts to your routine, you will notice the benefits when performing squats or deadlifts. Most people find it is to overload hip thrusts with heavier weights because of low-risk injury.

It will produce greater muscle growth and more dramatic results if you progressively overlord your glutes with more weight.

How to Perform it Correctly

This exercise is a glute bridge variation, but it is performed using a barbell and with the body lifted off the floor. The most widely practiced version of hip thrust requires maintaining your balance on a weight bench while holding a bubble on your hips.

Since getting into and out of the position may be awkward when your new, you may need to work with a partner.

Here is how you can perform the hip thrust exercise efficiently.

Start by exercising without the weights to make sure you feel the exercise mainly in the glutes rather than your thighs or lower back. After that, add the weights later once you’ve perfected the move.

Start by setting up a barbell with weight plates in front of a 12 to 14 inches tall bench. You can place a squat sponge on the barbell for comfort.

You can perform this exercise with various equipment, including a barbell, a dumbbell, the Smith machine, or a sandbag. You can add a resistance band around the knees or pose at the top for extra intensity.

The single-leg hip thrust is an advanced exercise variation, so it’s best to try it without using weights at first.

This is because the instability created by only having one leg planted on the ground can cause you to topple over. Only at the weights after you have established a balance.

Set up the hip thrust as normal when performing this exercise but raise one foot off the ground. Keep the bend in your knee, and the leg elevated as you drive your hips up and back down.

This hip thrust variation can help fix any strength imbalance in your body and challenge your core to resist the rotation created by having one leg lifted.

You can carry out one-legged hip thrusts to increase efficiency if you don’t overstretch the hip in the extension. Three sets of 8 repetitions are sufficient for activation while keeping the bottom under extension at all times.

You can also try the glute bridge exercise that works the same muscles as the hip thrust.

However, this is an unweighted exercise that works as a handy alternative when you don’t have access to equipment and a stepping-stone exercise if you need to build some strength and confidence before using a barbell.

When performing this exercise, lie on your back with your arms by your side, knees bent, and feet planted on the ground. Squeeze your glutes, press through your heels, and drive your hips up to form a straight line from your knees to your shoulders.

Hold that position for a second at the top of the move, then lower slowly.

Why Men Should Do Hip Thrusts Also

This exercise has gained a reputation as a woman exercise to build the booty, which is why it doesn’t rank high on the priority list of men’s fitness goals. Hence, it has become almost a female-only bodybuilding exercise.

Women are attracted to this exercise because of its effectiveness in strengthening and growing the glutes.

However, while women are mostly associated with this compost site exercise, men should also do hip thrusts. It has many benefits for both men and women.

Men can use the exercise to relieve lower back pain by honing their lower body strength using the hip thrust. Weak or inactive glutes can cause an unbalanced hip to knee rhythm, movement mechanics, or even reduced ankle stability.

Perform hip thrusts at high to low volume up to three times a week, and it will boost your glute performance. The hip thrusts can help men with knee pain.

Someone who struggles to walk downstairs can start squatting, making lunges, and leaping without pain due to hip thrusts.

This is because the exercise helps with glute strength which is a cure for knee pain. If your butt is weak, consider doing hip thrusts.

Men can also use hip thrusts to deal with lower back pain. In most cases, low back pain is linked to a weak core or tight hips. The glutes also play a key role in helping to take the stress off your spine.

Therefore, hip thrusts can prevent the low spine from over-rounding and reduce lower back pain. Strong glutes mean less strain on the rest of the body as it helps control the hips, pelvis, and torso movements.

Having strong glutes is crucial for men and women alike. Men who want to improve their gym lift and overall athletic performance can benefit from the exercise. It can boost your sprint time better than an equivalent program for squats.

If you want glorious glutes, the hip thrust is one exercise you can’t afford to skip. It is the best bodyweight exercise to build strong glute size and strength. However, there are many more reasons to have hip thrusts besides simply the aesthetic results.

It can improve your athletic performance and your physique. The best thing about performing hip thrusts is the low risk of injury if performed correctly.

Because of the hip thrust setup, the weights will return to the floor as soon as you lower the hips.

Without the hip thrust, you can’t have a complete lower body training plan. 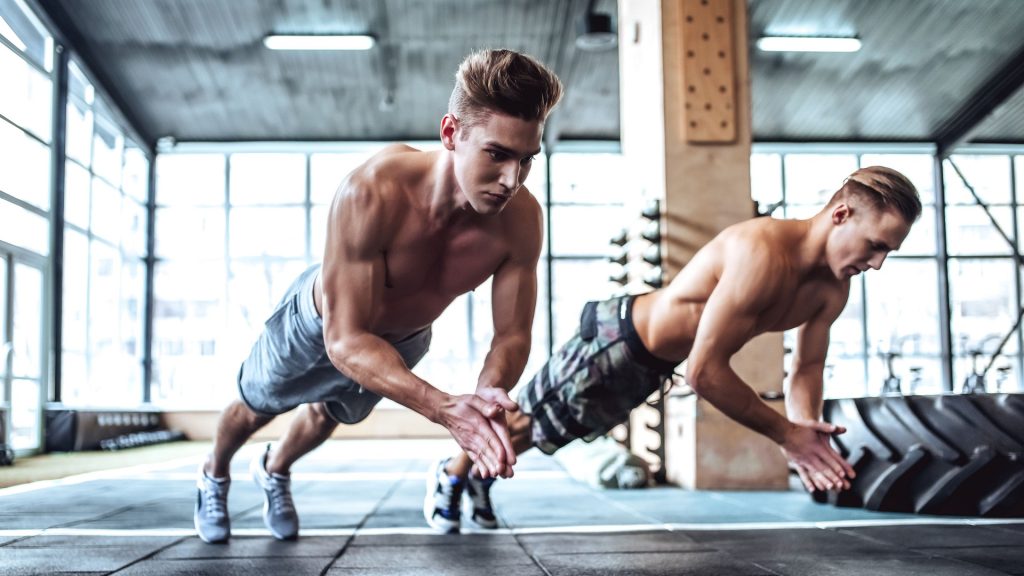 How to Gain Muscle Fast for Skinny Guys 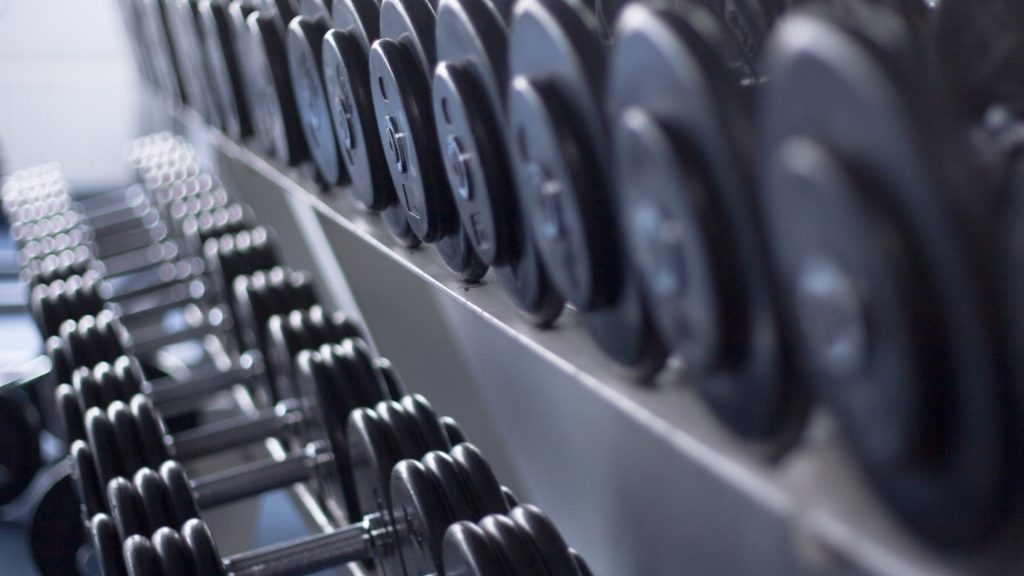 10 Back Workouts With Dumbbells at Home